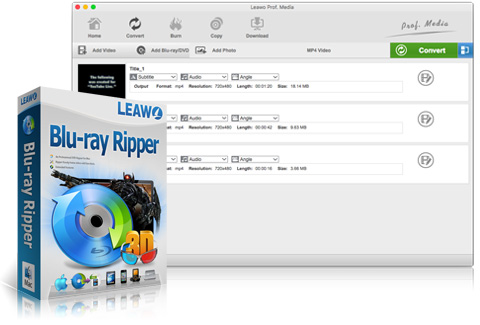 Convert not only Blu-ray, but also DVD content on Mac into video and audio of various formats for better on-the-go movie enjoyment

Even Suitable for Software Green Hands

With a user-friendly interface, Leawo Blu-ray Ripper for Mac is easy to operate even for those software green hands. As a professional Blu-ray converting program, it comes in handy for Mac users when converting common and multi-angle Blu-rays/DVDs into various videos and audios which can be played on various portable devices anytime on the go.

Functioning as a video editor and 3D movies maker at the same time, Leawo Blu-ray Ripper for Mac can be used to trim video length, crop video size, rotate video to a specific angle, adjust video effect and add watermark onto source video, and also it can generate 3D movies from 2D Blu-ray/DVD videos. 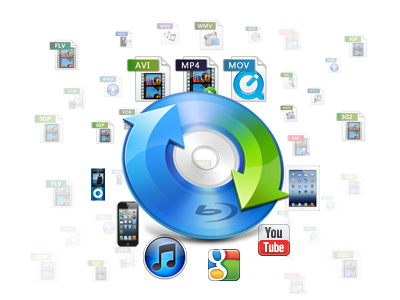 Support a Wide Range of Output Formats and Devices 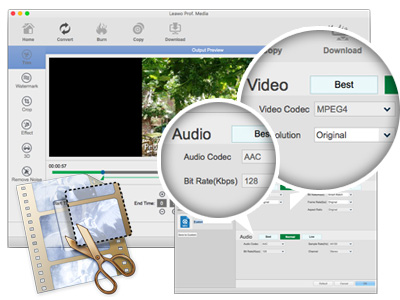 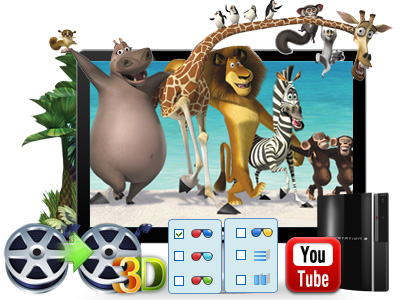 Conversion from 2D to 3D on Mac

Burn Blu-ray/DVD discs and iso images from any video sources.